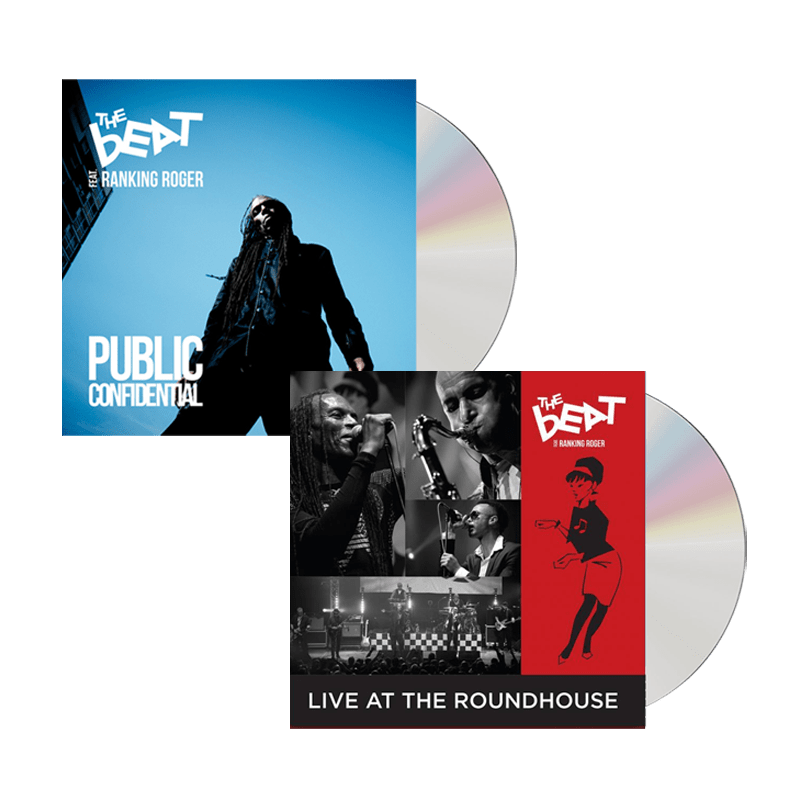 ot on the heels of their acclaimed 2016 album BOUNCE, The Beat featuring Ranking Roger release brand new album PUBLIC CONFIDENTIAL on Jan 25 2019 on DMF Records. Expected to delight 2-Tone fans, who endured a 30-year gap before BOUNCE between albums, PUBLIC CONFIDENTAL continues to showcase the band at their joyful skanking best with 10 brand new songs. Produced by Mick Lister and Ranking Roger, PUBLIC CONFIDENTIAL will be available digitally and on CD, Black Heavyweight Vinyl, Blue Transparent Vinyl and Black/White Half & Half Vinyl with signed copies available to pre-order now.

The band is very much as before but this time even more of a family affair with Roger’s daughter Saffren providing vocals as well as Beat stalwart and crowd pleaser Ranking Junior on toasting duties. Completing the line-up are Fuzz Townshend (drums), Chiko Hamilton (Sax), Andy Pearson (Bass), Andy Perriss (Gtr) and Bobby Bird (Gtr). The first single to be released from PUBLIC CONFIDENTIAL is MANIAC - a catchy, bass-led reggae ska tune pointing the finger at the mess of current politics.

Live At The Roundhouse CD Plus Bonus DVD


One of the biggest bands of the 2-Tone movement, The Beat are known the world over for a string of hit singles including Mirror in the Bathroom, Too Nice To Talk To, Can't Get Used To Losing You and Hands off She's Mine. The Beat fronted by Ranking Roger released their spectacular fourth album Bounce (the first in over 30 years!) in 2016. Bounce shows off every gleaming aspect of one of the most musically diverse bands to come out of the multiracial, multicultural explosion that remade British pop from 1979 onwards. Joining Ranking Roger in the current line-up is his son Ranking Junior AKA Matthew Murphy, a powerhouse MC, who brings to the band an update on the toasting that made Ranking Roger such a pivotal part of the original Beat. In 2017 The Beat teamed up with The Selecter to give fans a rare treat, hitting the road together for a number of co-headline shows. Originally a six-date tour, due to phenomenal demand they played nearly 40 dates together in 2017 selling over 40,000 tickets in the UK and Europe including a sold-out show at London’s iconic Roundhouse. Life-long friends, they are two of the main bands to come out of 2 Tone – a crucial musical and cultural movement which is still as relevant today as it was over 30 years ago

1. Ranking Full Stop
2. Too Nice to Talk To
3. Hands Off She's Mine
4. Best Friend
5. Side To Side
6. Avoid The Obvious
7. Click Click
8. Tears Of A Clown
9. Doors Of Your Heart
10. My Dream
11. Fire Burn
12. Can't Get Used To Losing You
13. Mirror in the Bathroom
We use cookies on this site. To learn more, please review our Privacy Policy.
Accept & Continue Review Policy